Mercury is the only liquid metal. It is used in many household devices, including fever thermometers, thermostats, switches, and some paints. Mercury and all of its compounds are very toxic. Mercury contaminated fish have caused serious illness in many people, and children are especially sensitive to mercury poisoning. However the primary risk from mercury is breathing mercury vapor. Like any liquid, mercury evaporates, and prolonged exposure to mercury vapor can cause permanent, irreversible neurological damage.

Learn about LEAD in Homes

Learn about RADON in Homes

Mercury in Your Home or School

Metallic mercury has fascinated people for centuries. It is the only metal that is a liquid at room temperature, and its brightness and heaviness have earned it the nickname “quick silver.” Mercury and mercury compounds have been extensively used in medicines, religious rituals, finish wool, pesticides and as a conductor of heat and electricity.

What is mercury used for?

Why is mercury dangerous?

Liquid mercury vaporizes easily at room temperature. Mercury vapor is far more of a health hazard than liquid mercury, because the vapors are quickly absorbed by the lungs. As much as 80 percent of the inhaled mercury vapor will be absorbed into the lungs. In addition, the mercury migrates to the brain and central nervous system and kidneys where it can cause permanent, often irreversible damage.

Mercury compounds are also very toxic, and they are easily absorbed by the lungs, the skin and the intestines. They cause brain damage, kidney damage and death just like metallic mercury.

Because of the danger of mercury, the State of Ohio has banned the sale of mercury-containing products for homes and schools. Read the Ohio Revised Code for details. There are safer substitutes for mercury- containing products on the market, and you should properly dispose of any thermometer, thermostat, or mercury containing device in your home or school. If you want to properly dispose of a mercury-containing item, visit the Solid Waste Authority of Central Ohio's website for a list of household hazardous waste disposal sites.

Should I remove mercury from my home or school?

YES! Thermometers, thermostats, barometers and other devices that don’t contain mercury are available to replace mercury-containing tools and they are comparable in price and in quality. Most mercury-containing paints, fungicides and medications have been banned in the USA and safer substitutes are on the market.

I want to get the mercury out of my house or school. What can I do with it?

To properly dispose of a mercury-containing item (such as CFL bulbs, thermometers, thermostats), visit the Solid Waste Authority of Central Ohio's website for a list of household hazardous waste disposal sites.

Mercury Spills in Your Home

If you have a mercury spill:

If you are concerned about your health after cleaning up a mercury spill, consult the Central Ohio poison control center by calling 1-800-222-1222. You can call any time you have questions or in an emergency. You can also consult your physician about potential health effects from mercury exposures. 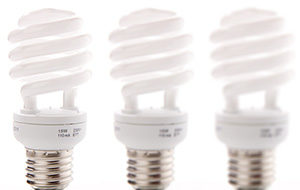 Although CFLs last a long time, they will eventually “burn out.” When they do, they should NOT be disposed in the regular trash because they still contain mercury. The Solid Waste Authority of Central Ohio (SWACO) will accept compact fluorescent lamps at their mobile and permanent household hazardous waste collection facilities.

For a list of the mobile household hazardous waste collection dates and locations, visit the Solid Waste Authority of Central Ohio's website.