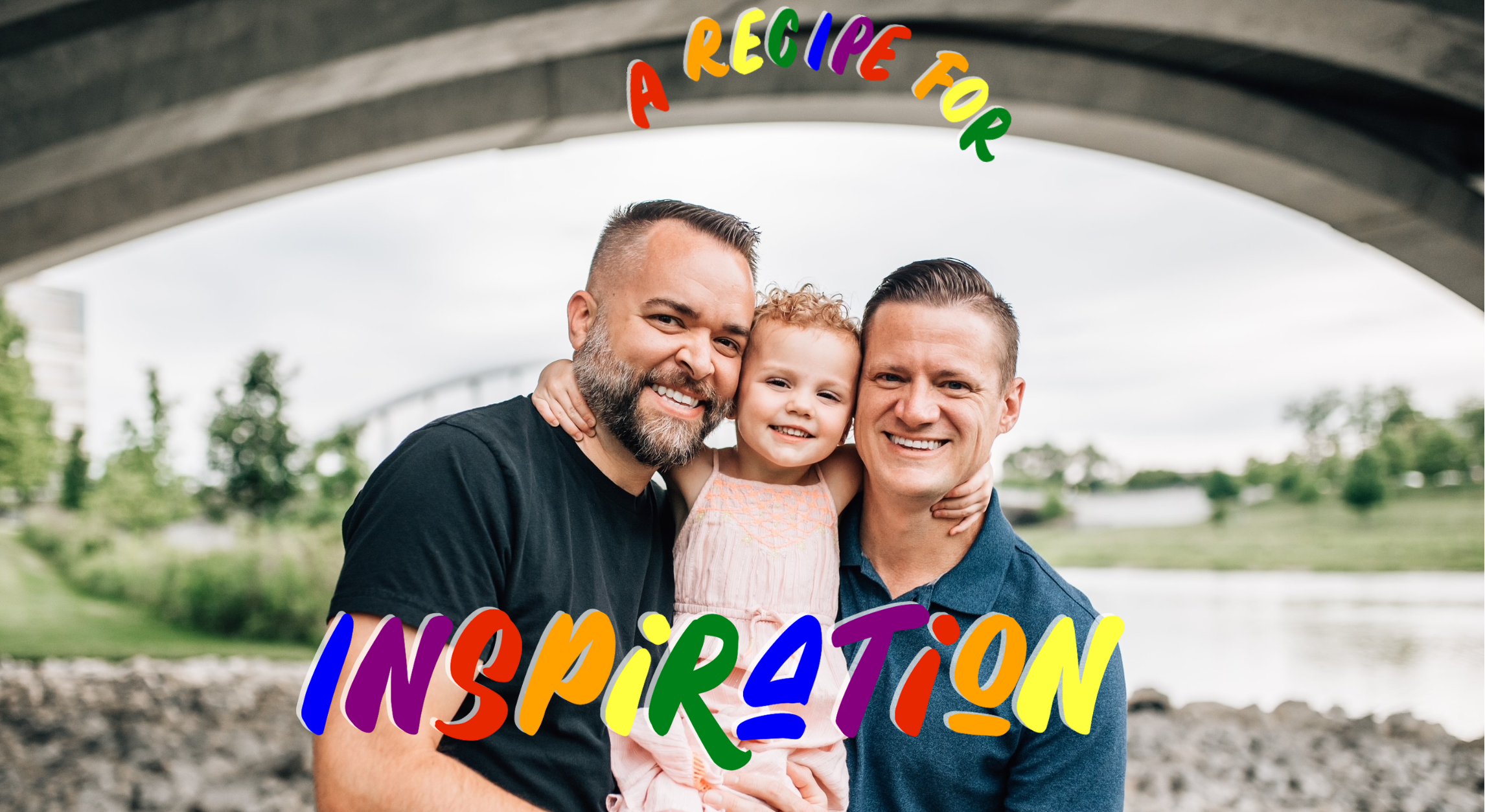 But it became so much more.

“Our kiddo loves to cook and loves to perform. So early on in the pandemic, we decided to do some cooking videos to share with others in hopes of lifting people’s spirits,” said Franklin County resident and nurse practitioner Scott O. “I mean, we all had so much time on our hands and we were supposed to be staying home so what better way to kill some time, right?”

Though Pride Month is over, telling the stories of our LGBTQ+ residents is important year-round. We focus here on the story of Scott, who has not only been crafting up cute homecooked concoctions with his daughter but delivering encouraging messages on the importance of getting vaccinated as well.

Scott, a lifelong Ohioan, said getting the vaccine was an easy choice where the benefits far outweighed the costs. He decided to get vaccinated right after the FDA provided Emergency Use Authorization of the vaccine.

“To me, my duty to protect my fellow humans, my trust in science, and my desire to see the world return to a more normal state drove my decision,” he said. “I also work with, am related to and live by people who would not fare so well with a COVID-19 infection,” he added.

While many have cited how quickly the vaccine was made as a reason to wait on getting vaccinated, Scott noted the data was as sound as anyone could’ve hoped. He also said there was too much at stake to let COVID-19 ravage the world.

Like many, COVID-19 had taken a toll on Scott’s household during the pandemic. He and his husband had to temporarily close the doors of their small business, putting their employees out of work. Scott himself was furloughed for six months. It was emotional rollercoaster for he and his family. Bouts of anxiety flowed into frustration from seeing videos and imagery of people not following safety guidelines.

It also affected his daughter.

“She was also home with us, missing out on the interaction and social development she should have been getting at preschool.”

Despite the lows, Scott said things did eventually turn around. His family’s small business was able to rebound and put their employees back to work. He was also (with the help of family and friends) able to further his nursing education while the pandemic kept him indoors.

Which brings us back to the videos of Scott and his daughter, which many people have enjoyed watching.

“We get a lot of praise for helping our daughter explore her talents, but quite honestly I don’t think we are all too different than most families” he said before adding that he thinks people would enjoy the outtakes of their adventures. “Most recently, we did a rainbow explosion cake video in honor of Pride month.”

When asked about Pride Month and its significance, Scott said it was a time to reflect on the long and difficult path that those before him endured to help he and his family enjoy the rights and privileges they enjoy today.

“Growing up, I never felt free to be who I always knew I was. I had to suppress my true self for so long. That suffocating feeling is something I hope fewer and fewer people have to experience,” Scott said.

Scott also said that pride goes hand-in-hand with the concept of family.

“The most important thing in the world to me is my family,” he said.

“To me, as you’ll hear a lot in the LGBTQ+ community as well as outside of it, family isn’t just that of blood. You’ll hear people refer to family-of-choice or intentional family, which often stems from a need to build a family due to being ostracized or misunderstood by your own after coming out. Some people also simply develop stronger bonds with those unrelated to them than those to whom they were born related. Either way, family is my number one,” he said.

Focusing on the efforts of public health and the LGBTQ+ community locally, Scott said he does see there’s a fair bit of support for the community with messaging about sexual health and PrEP (HIV prevention medicine), but there’s room for growth.

“The LGBTQ+ community is way more than just sex. We’re just as diverse as the non-LGBTQ+ community. What I think is missing is the representation of LGBTQ+ families, various races/ages/abilities, and especially an emphasis on mental health.”

Scott added that it’s important the LGTBQ+ community, and all other communities, get vaccinated.

He noted for those who have a fear of shots in general, Nationwide Children’s Hospital’s clinic offers all sorts of distraction and/or calming techniques and interventions.

He then turned his focus to those concerned about the safety of the vaccine.

“If people are concerned about vaccine safety, I’d suggest talking to your primary care provider,” he said. “Honestly, if you look at how many doctors, nurses, respiratory therapists and other health providers have chosen to be vaccinated, that should help you trust the safety of it,” he said.

“If we didn’t think it was safe, we wouldn’t have gotten it either,” he added.

And that’s the idea Scott has been attempting to get across in his Facebook posts about vaccinations. A premise that if vaccines are trusted and keep communities safe, they work to the benefit of everyone in every community.

Each year during Pride Month, there’s nothing more important than community. Something Scott deeply understands when asked about what he wants people to think about going forward.

“Mostly, I’d ask people to be kind and take a moment to walk in someone else’s shoes,” he said. “Each of us has something valuable to teach one another and if we but take a moment to listen intently we can learn so much.”

*Scott’s views and statements are his own, not those of his employer.