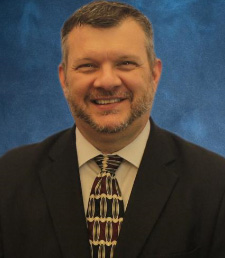 Michael Daniels comes to his current career in public service and policy management with an extensive background in science, business, and social justice. He joined the staff of Franklin County Commissioner Marilyn Brown in March of 2012, and in June of 2017 became the County’s Justice Policy Coordinator. He is also vice-chairman of the Board of Directors of the Africentric Professional Development Shop.

Michael is passionate in the arena of social justice for all people. He is fully committed to issues of human rights, actively advocating and advancing policies of fully-inclusive equality on behalf of women’s rights, diversity and inclusion for all people, and open and accessible access to education, housing, and government. He is a vocal advocate for social justice and progressive issues, and a voice in the movements for GLBT and marriage equality, for women’s reproductive and educational freedoms, for the reintegration into society’s fabric for ex-offenders, and for the protection of workers’ safety and right to organize. He has served on several non-profit boards and has been named a Franklin County Children Services Foster Parent of the Year. He is the point person for Franklin County’s Council of State Governments Justice Center “Stepping Up” initiative and for Franklin County’s commitment to the White House’s “Data-Driven Justice” initiative.