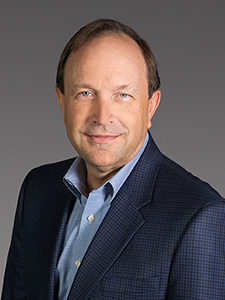 Matt Habash became executive director of Mid-Ohio Foodbank in 1984. Prior to that, Matt was
with the St. Stephen’s Community House, first as a youth worker and then as the assistant to the
executive director. Matt also was a member of Columbus City Council from 1993 to 2006, serving
as Council President from 1999 to 2006. As Council President, Matt governed with civility and
humanity. Co-Chair with Columbus Mayor Michael B. Coleman, Matt led the 21st Century
Growth initiative, a plan designed to balance job creation with sustainable neighborhood
development. Other efforts spearheaded by Matt in his role as Council President was the 315
Research Corridor, the City’s Indoor Clean Air Act and the City’s Bike Path Plan. He holds a
Masters of Business Administration from Xavier University, a Masters of Public Policy from The
Ohio State University, and a Bachelor of Arts in philosophy from Xavier University.

Matt takes an active leadership role in the community, having served on numerous boards and has
received numerous awards, recognizing his commitment and work in serving those most
vulnerable.